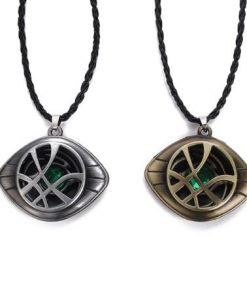 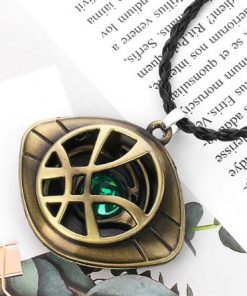 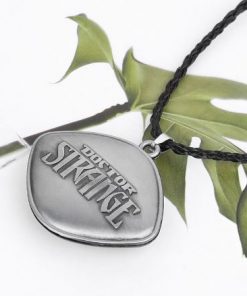 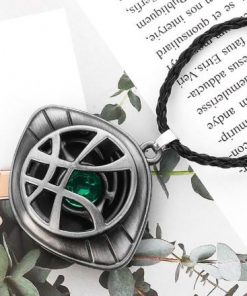 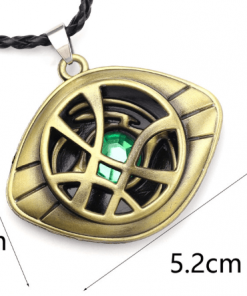 The Agamotto’s Eye is the necklace that hides a great power inside. In this amulet we find one of the gems of infinity and the mission of Doctor Strange is to defend this gem from any evil that wants to take it.

Why buy the eye of agamotto?

With the Agamotto’s Eye necklace, let your imagination run wild. Use the powerful relic to search for the truth and take a closer look at the souls of those around you. Just remember: magic is in your hands. The Doctor Strange amulet is a relic of the Marvel Universe, and anyone in the universe has ever dreamed of possessing such power. Imagine being able to control time and do whatever you want. This is the power of the Eye of Agamotto and with this replica you can feel the power of time. If you loved the Doctor Strange necklace when you saw it on the big screens, you will love this replica even more. Besides, it has the infinity gem inside, so you can feel its great power when you have it on your neck.

Now you can become the guardian of the infinity gem of time. Get your own and protect this precious object from all possible evils and from Thanos himself, who will do his best to get it. Join the Avengers with the Eye of Agamotto. I’m sure you’re curious about this great relic of the Marvel universe and want to know more about it, so here we go.

What does the Eye of Agamotto do?

The Eye of Agamotto serves to protect the gem of infinite green or the gem of time, that is its main function. It also allows its wearer to use the power of the gem through the amulet to do amazing things. In the Marvel movies we could see when Doctor Strange used a time gem power, it would light up and shine. One of his powers is to see all the possible futures or control time, bringing back to the past that which interests him.

How do you open Agamotto’s eye?

This relic can only be opened by its bearer, in the movies Doctor Strange. Although this was not his first bearer. The Eye of Agamotto was discovered by the first supreme sorcerer, Agamotto himself. This relic has been passed down among the various supreme sorcerers from generation to generation.  Through a simple hand movement, this superhero can open Agamotto’s eye to release the great power of the gem of time and use it. Although in our replica of Agamotto’s eye you can’t open the amulet like in the movies, it is designed to protect you from the great power of the gem. If you touch it, no one knows what will happen to you.

Other powers and curiosities of the amulet

Despite being a simple necklace with an amulet, it has many secrets behind this simple appearance. Agamotto’s eye can be very dangerous, because if you try to take it without permission, you can suffer burns on your hands. The relic is meant to be worn only by its owner, and anyone who wants to abuse the great power within it will be punished. Its main function is to reveal and discover the truth. We saw this in Avengers Infinity War, as one of Thanos’ henchmen burned his hand trying to steal the necklace. This jewel when created for the gem of time releases all its power being able to create loops in time or manipulate it in a small or massive scale.

The Eye of Agamotto is not the only mystical object that the first wizard created. He created three objects on earth, the eye itself, the Agamotto’s Orb and Agamotto’s Thorn. Although we have not been able to see the last two in the movies, they are said to have equal or greater power than the eye, although with different functions.

Another peculiarity of this relic is that the eye chooses its bearer. In the film of Doctor Strange we could see how they were surprised to see Strange use the eye, because the eye is very selective and no one can use it with their consent. The eye can also be used by others, and it allows you to use your vision to see different futures or all kinds of things. This is related to the use of white or good magic. For this reason we will never see a villain using the eye, because the object itself will not allow the use of its power and magic.

Also the eye is said to be able to connect with Agamotto’s non-corporeal form. There are some differences between the comics and the MCU. But we have seen that there are times when the eye is put on the user’s forehead to reveal itself. Instead of having to make a gesture to bring out its power. In the film we saw how Strange learned to use astral projection. The Eye of Agamotto can be used in this state. It is one of the only objects that can be used on both the physical and the astral plane. This makes it even more powerful.

How to make Agamotto’s Eye?

I’m sorry to be the one to tell you this bad notice. The eye of Agamotto was created with the gem of time, so unless you find another gem of time, quite unlikely, it is impossible to create another one. But don’t worry, you can always have a replica of Agamotto’s eye. Since we know that it is impossible to find a time gem, we have been looking for something similar to make this magnificent replica. If you want to complete your Doctor Strange cosplay or master time, the Eye of Agamotto purchase, is always an option. Just enjoy this necklace without having to worry about making it yourself. 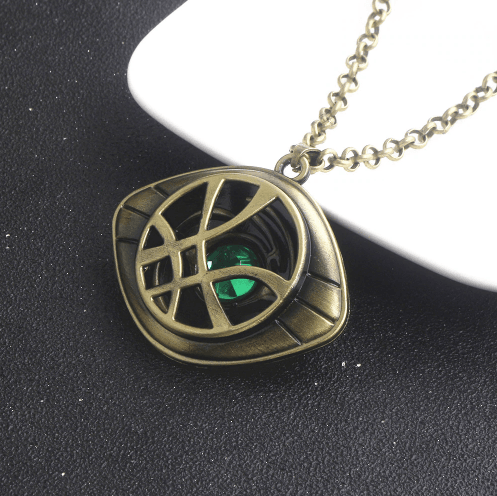 Tips for the Eye of Agamotto doctor strange:

Keep the necklace well, it has a great power inside.
Be careful around you, this amulet is wanted by many people.
Treat it well so that it is not wasted, and in this case use the gem to go back in time.

What material is the necklace made of?

The chain is made of rope and the amulet is made of zinc alignment. This is made to avoid problems of friction or joy to our customers with some metals. The eye of agamotto in the movies had the string chain, and as good fans we did not want to lose a detail.

How long is the necklace?

The total length of the necklace is 50cm, which is usually a standard measurement where the necklace is not too low or too high. I leave you here a link so you can see the different measures regarding the necklaces and you can better identify the length.

Is the gem inside?

Of course, the infinity gem is inside the necklace with its characteristic green color. We don’t like to lose a single detail. Although it will be difficult for you to get the gem inside the agamotto eye.

Due to the high demand of this product the shipping time can be extended up to 14 days. For Latin American countries please consult the FAQS for more information. Buy cheap agamotto eye with free shipping.

Yes, the payment methods we have available are Paypal or credit card. If you are from a country that does not use the Euro, don’t worry. The currency exchange is done automatically when you make the payment, you will pay with your currency the equivalent price. Agamotto eye buy at the same price with another currency, without extra commissions. 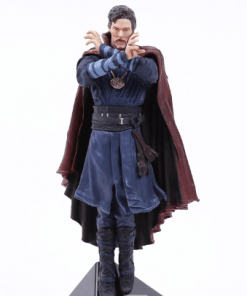 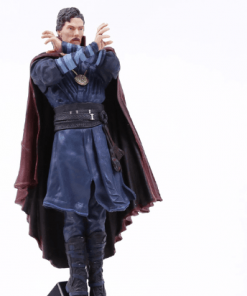 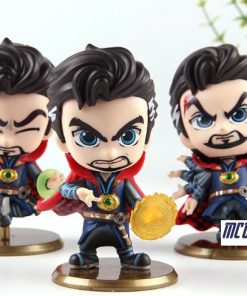 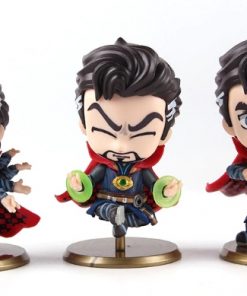 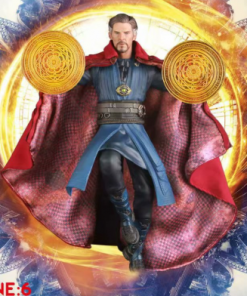 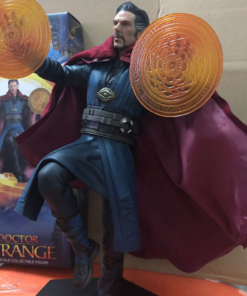 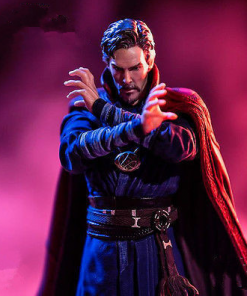 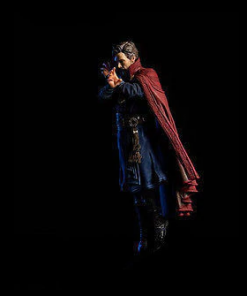