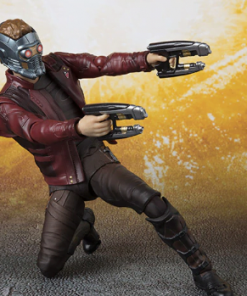 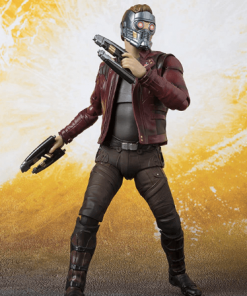 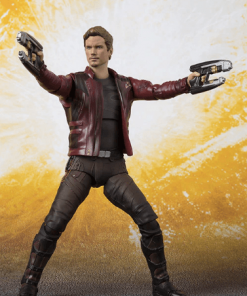 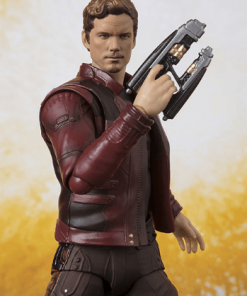 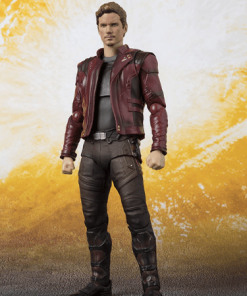 The figure of Star-Lord Infinity War is set in the movie Infinity War, and we can see Quill facing Thanos in it. Star-Lord fights together with The Avengers against Thanos to try to remove the golden gauntlet and save the universe. We could also see a mini-fight between a few members of The Avengers and Quill. With this figure you can recreate all these fights and make your own outcome. Equip it with your two guns and open fire without discretion!

The figure of Star-Lord Infinity War comes with the possibility of equipping Quill with his galactic mask to be able to breathe in the Universe. You will have to make the decision to put it on him so that he can survive in the intergalactic fights. You can also equip and de-equip his two guns, to choose what kind of fight it will be.

Surround him with his equipment, so that he can play his role as a leader and be stronger thanks to his companions. Remember that Star-Lord rarely loses his sense of humor, and loves to laugh, even in the middle of a fight. Equipped with his maroon jacket, the earthling of the Guardians of the Galaxy is ready to face all the monsters that want to destroy the Universe. 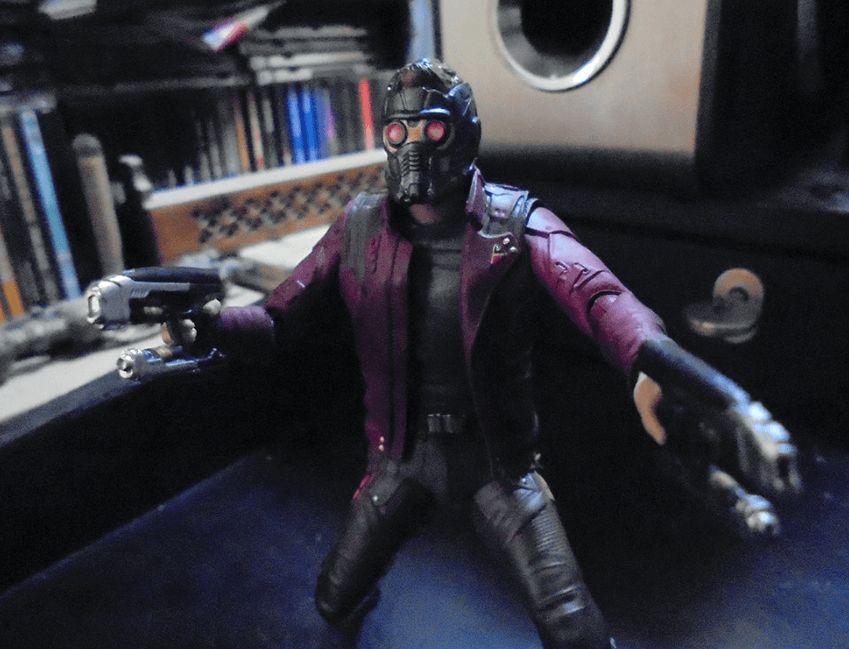 The leader of the guardians is also prepared to fight Thanos.
Aim well at your enemy to knock him down.
Music makes Quill much more powerful. 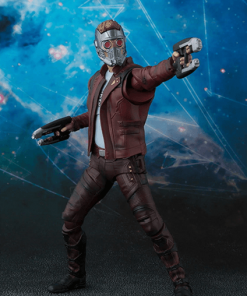 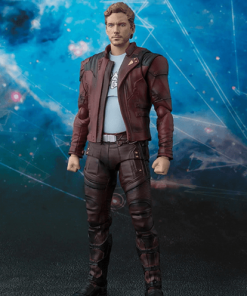